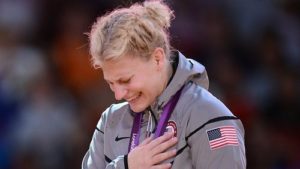 The recent Summer Olympic games, as is the case every four years, have played out stories of triumph and success as well as tragedy that could rival ones from even the most imaginative playwright, and arguably on the world’s largest stage. Among the highlights include Michael Phelps becoming the most decorated Olympian in history, Gabby Douglas becoming the first African-American gymnast to win the coveted All-Around title and Usain Bolt continuing to sprint at seemingly inhuman speed.

There was, however, a story of tragedy and triumph that largely flew under the media’s spotlight and its focus on the marquee events of swimming, gymnastics and track and field. It occurred in the oft-overlooked sport of judo. Judo doesn’t get much attention in the U.S. In fact, coming into the games in London, Judo was one of the few sports in which a U.S. athlete has never earned a gold medal (or even silver). But as of two weeks ago, that has changed. Kayla Harrison, a 22 year-old Ohioan claimed America’s first gold medal in Judo. While this is a significant attainment in its own right, anyone who has ever watched the Olympic games know that the story of how an athlete got to the Olympics sometimes even trumps their amazing athletic accomplishment.

Kayla Harrison started studying Judo in elementary school after expressing an interest in the martial arts. Her mother had studied Judo in college and thought this would be best style for young Kayla. She worked hard, excelled and began participating and excelling in judo tournaments nationally and around the world. However, there was a dark cloud to this apparent success. Kayla’s long-time, coach had engaged in a sexual relationship with her beginning at the age of 13, and possibly before. When she learned that this was not a healthy relationship and that her coach had abused his power and her trust, she was devastated and contemplated suicide. She, however, found hope and joy again through the help of individual therapy and new coaches who were encouraging and modeled appropriate behavior, respected rather than used her. In addition, Kayla has started the Fearless Foundation (kaylaharrison.com/foundation) to help bring awareness and encourage healing from childhood sexual abuse.

The work of the Port Orange Counseling Center is the same. We aim to help people who have been traumatized in various ways find hope and healing. The awareness of the effects of trauma and the treatment of trauma has advanced considerably in the last 20 years. There are now a number of modalities that have demonstrated effectiveness in helping individuals recover from various traumas. In addition, a number of treatments such as EMDR, provide help in ways that are much less painful for clients than treatments used in the past. If you suffer from the effects of trauma, you owe it to yourself, to seek healing, THERE IS HOPE.  So consider getting help today, so you, just like Kayla Harrison, can be a champion in your own life. And let’s pull for Kayla Harrison as she attempts to win a second gold medal in the coming days.

The mission of The Way Counseling Network is to glorify God by offering professional, affordable counseling to people in need, and to provide a supportive place for students and counselors to practice and train, all in Jesus' name.

We provide a wide range of professional, affordable counseling. Please enjoy our blog and checkout our counseling center websites 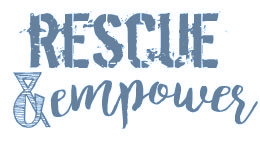 The LORD is a refuge for the oppressed, a stronghold in times of trouble.